This week in Reception...

In our RE lessons, we have used the story of Baboushka to learn about Epiphany. Baboushka is the story of a Russian peasant woman who is visited by the three wise men who tell her about the birth of baby Jesus.

We were lucky enough to have a visitor to our class - a lady called Maria who was born and lived in Russia before coming to live on the Island. She told us about her home country and showed us where she lived on a map.

She also told us how long it takes to travel across the country by train - 7 days!

She taught us some Russian words which we also signed in Makaton.

After that she showed us how Russian women put on a headscarf to keep warm in winter - it gets very cold there with lots and lots of snow!

At the end of her visit, she taught us a Russian dance. It was lovely to meet Maria and we thank her for coming into see us and tell us all about Russia.

Our work on Baboushka is on display in St Mary's Church - please go along and have a look at it!

Our display in St Mary's Church

Last week, we introduced the lovely story of ‘The Jolly Christmas Postman’ and through conversations with the children, it came to light that the Postman would need something to keep him going as he delivered the letters. Hot chocolate was the tipple favoured and today, the children created their own Hot Chocolate Machine.

They were given the deconstructed items to construct a machine they had in mind. The only help they were given were a couple of questions that got them to think about what they wanted their machine to be and to do.

As a big group, they independently broke into two groups - one to create the machine and the other group to prepare the hot chocolate ‘shop’ before joining together to create the delicious looking hot chocolate that looked good enough to drink ......

It was amazing to see a group of 15 children involved in the same theme, working together, sharing ideas and working through and finding ways to problem solve and the activity was COEL heavy. It was particularly lovely to see certain children who find it hard to share items and explore ideas that aren’t their own be fully immersed in this activity.

The group spent over an hour working at this STEM based activity and began to extend in by creating a smoothie machine.

Today we had a joint learning session with Preschool. The classes were split in half and carried out a variety of activities in each setting.
Preschool- We made tissue paper button hole poppies, poppy wreaths and used pom poms to paint a poppy
Reception- We made poppy biscuits with an armistice poem and made 'blooming poppies' (science).. We coloured paper poppies in wax crayon and then folded them. We then placed them in water and watched them bloom.

Can you make a poppy with 4 petals and 2 leaves, Poppy playdough mats? ordering numbered poppies to 10 or 20?

Just before 11 am we all got together for our act of worship. We watched the Cbeebies clip  about Armistice.
The children sat in silence for the entire 2 minutes. The staff were very proud of them.
We finished off with a prayer and said goodbye to our friends.

A busy start to the term in Reception Class

The Understanding of the World curriculum has been the main focus of our teaching this week. We started off the week by learning about the Hindu and Sikh festival of Divali. We listened to the story and used puppets to retell it. We made Divali cards and had to put numbered divas in numerical order. During Divali people wear garlands so for our focussed maths work we created bead garlands with repeating pattern. We also learnt a song.

We have been learning about Guy Fawkes. We learnt about why we celebrate Guy Fawkes and the importance of safety near fireworks. We made and measured rockets as well as painting some firework pictures. In PE we created a firework dance.

We were also set the challenge of following a task plan to create a trap for Guy Fawkes. We had to work as a team.

The school has been celebrating the rugby world cup by learning about Japan. We have had a very busy week.
This week we have -
- learnt how  to say hello and thank you.
-made some cherry blossom trees
- used scissors to make flags
-painted some Lotus flowers
-worked as a team to make an aeroplane so we could fly to Japan
-used the Beebots to visit special places in Japan.
-we made cubes out of the waffle blocks and became Taiko drummers.
-used chopsticks to pick up noodles
-made an origami dog or cat
- investigate how to make the bullet trains go faster by using the guttering
- created a zen garden
- made bonsai trees
On Tuesday we learned about the Japanese girls festival, Hinamatsuri. We made fans and kokeshi dolls.
On Wednesday we learned about the Japanese boys festival, Tango no Sekku.
On Friday we made sushi, yum

We had great fun Tuesday afternoon. Mrs Cory told us some facts about Ireland and we watched a clip from Riverdance. We then went to the hall and Róisín taught us some dance steps.
Michael Flatley and Jean Butler have some awesome competition! 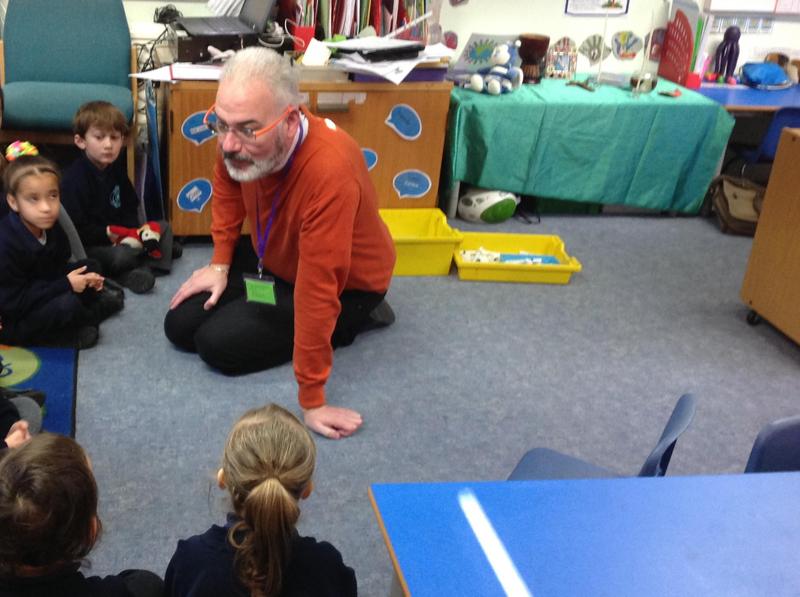 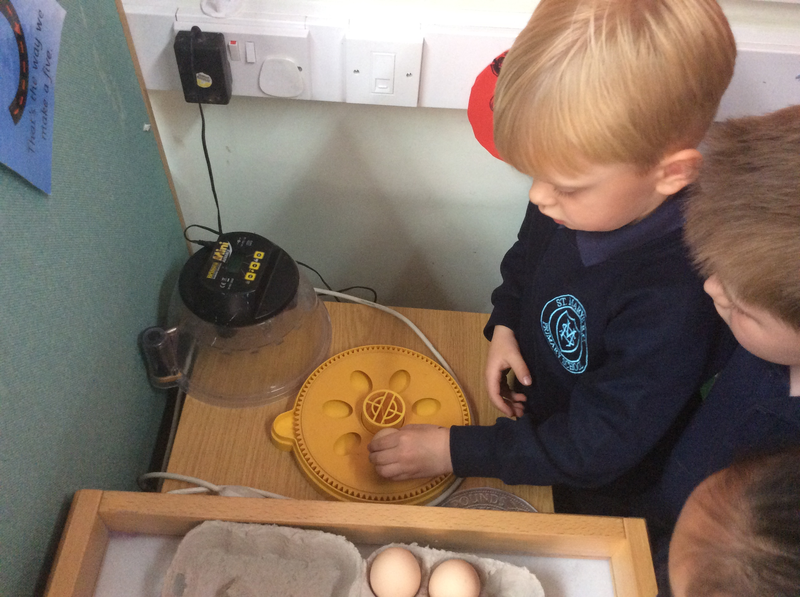